Are you looking for a new family game for game night? One that is fun and requires logical thinking at the same time? Then I have the game for you! I'm reviewing The Climbing Knights, one of four of SimplyFun new releases. This game has it all! The Climbing Knights is a game that is recommended for 2-4 players ages 8 and up. We had no problem adding Little Miss into the game, in fact, she was our first winner! This game comes in pieces, and once it is put together it measures 29 inches tall! Even though assembly is required, it takes less than 2 minutes, for the kids to figure out! To play this game, you must be the fastest, smartest climber and not be caught by the guards. You have 3 dice, one for each of the 2 guards and one for you. Each turn has you moving the guards around their posts, or putting them down for nap as well as moving yourself, up or over to make it to the top of the castle. Once you reach the top, you grab your flag, and find a safe time to slide down. Once you have claimed both of your flags, you are the winner of the game!

In the process of climbing to the top of the castle (which is a magnetic castle, hello quickie science lesson) you have to make sure you are out of sight of the guards. There are ledges to hid under, but you must watch and plan your moves accordingly. If you are spotted, you must start from the ground again. This is what got the boys. They were in such a rush to reach the top, they forgot to slow down and think about the guards. We were excited to check out this game from the moment we got it. This was one of those reviews that I didn't have to make the kids use the product (usually happens with math), but rather I had to limit…not more than twice a day! The kids worked together to figure out how to set up the castle, getting it done in no time. That is saying something for kids who fight to work together.

Once it was put together, and we got over the fact of how really tall it was, heck, almost as tall as Little Miss and Baby Girl was trying to climb it, we went over the rules. While it was a tad confusing the first 2 times around, we got the hang of it. Once we understood the dice and how each guard was supposed to move, we were rolling! I loved watching the kids thinking about each move they made. However, I think my kids over analyze everything.

When shaking the three die, you move one guard one way, the other goes the opposite and you choose how your knight will climb, makes for a lot of thinking. Instead of playing, mom decided to supervise the first game, and I was glad that I did. When playing this game on the table, you have to stand up each time to remember which way each guard moves (there are small arrows on top), but when you are on the floor, you have no worries. After playing for more than two times, we had the movements figured out and were rocking the game. My kids love this game. They won't stop playing it. They are at the point where the game actually takes some time now. Each child thinks before moving. It is no longer a race to the top, but a decision on how to get to the top. They plan each move to try and stay hidden as much as possible, sometimes even skipping a turn because they don't like the placement of the guards. They are having fun and mom and dad are watching them think! We all win with this game!

SimplyFun has other games that recently released, check out the reviews from the Crew and see if you find the perfect game for your family!

When you are done, stop by and say hi to SimplyFun on Facebook, Twitter and Instagram! Have you played any of these games yet? Which one is your favorite? 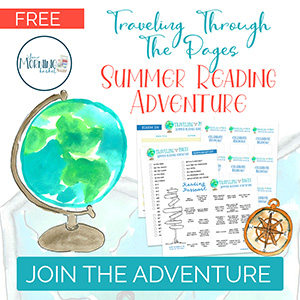